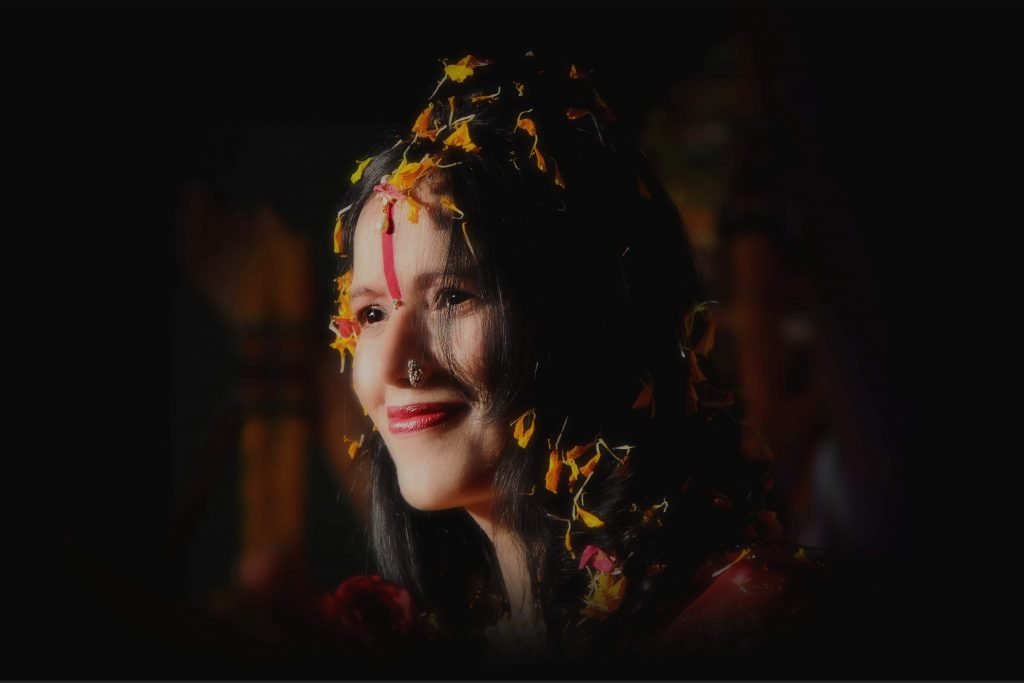 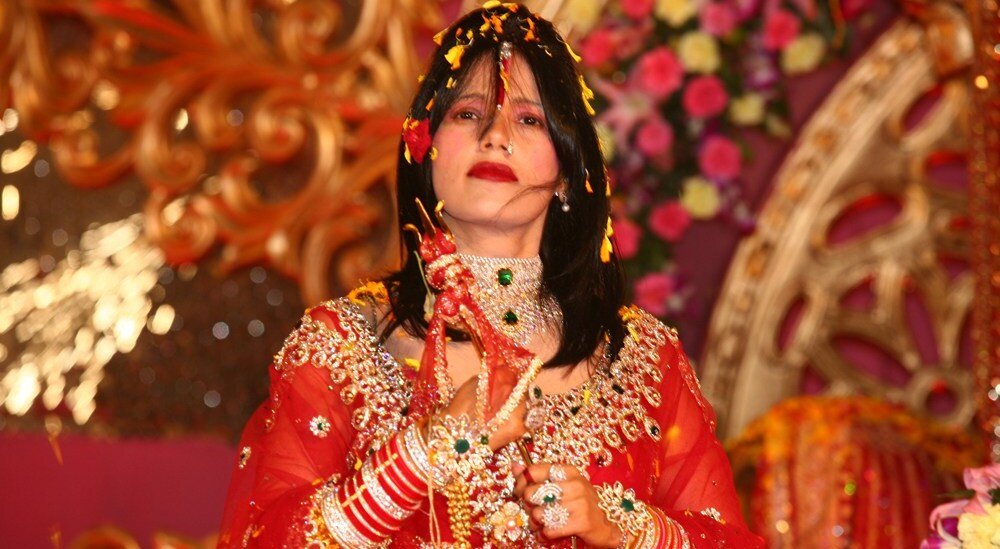 After joining the Paramhans Dera, Radhe Maa began traveling to Punjab, Delhi, and Mumbai to serve mankind. In Mumbai, Sanjeev Gupta, the MD of Global Advertisers, and son of Manmohan Gupta, became her disciple. She moved into the Gupta’s house on the personal request of Sanjeev Gupta.
Radhe Maa believes that God can be worshipped in different forms like Bhagwan, Allah, Jesus, and Waheguru. Full faith and surrender to one’s chosen form of divinity is, in her opinion, the sure route to attain a peaceful and healthy life.
She also says that respecting one’s parents is of utmost importance.

Radhe Maa has visited all major temples in Mumbai, Delhi, Punjab, Haryana, and the Pashupatinath temple in Kathmandu, Nepal. She has completed the 9 Devi Darshan Yatra, 12 Jyotirlinga Yatra, Char Dham Yatra, and Amarnath Yatra.
During her early years in Mumbai, Radhe Maa used to frequently travel back to Hoshiarpur and Kapurthala in Punjab for satsangs. Later she started gaining more followers in Mumbai, Delhi, and other cities.
From the past 14 years, once a fortnight, a Bhanjan Sandhya is held at the Gupta House in Borivali, Mumbai, in the presence of Radhe Maa. Performers across India offer their Seva to Maa Bhagwati at the bhajan sandhya, including Padma Shri Bhajan Samrat Anup Jalota, Padma Shri singer Anuradha Paudwal, Shri Narendra Chanchal, Shri Sardool Sikandar, Shri Lakhbir Singh Lakha, Master Salim, Shri Feroz Khan, Padma Shri singer and Hon. Member of Parliament Hans Raj Hans, Shri Ram Shankar, Shri Sanjeev Kohli, and Bollywood star and Hon. Member of Parliament Shri Manoj Tiwari. The bhajan sandhya is free and open to one and all. People of all faiths gather at the Maa Bhagwati Bhajan Sandhya, which concludes with a free langar seva.

Radhe Maa’s birthday is celebrated on March 3, every year. Seva is provided to the underprivileged along with prayers, chanting, donations, and public service initiatives by her devotees. Several large donations are made to the needy, poor, orphans, underprivileged children, and the elderly.